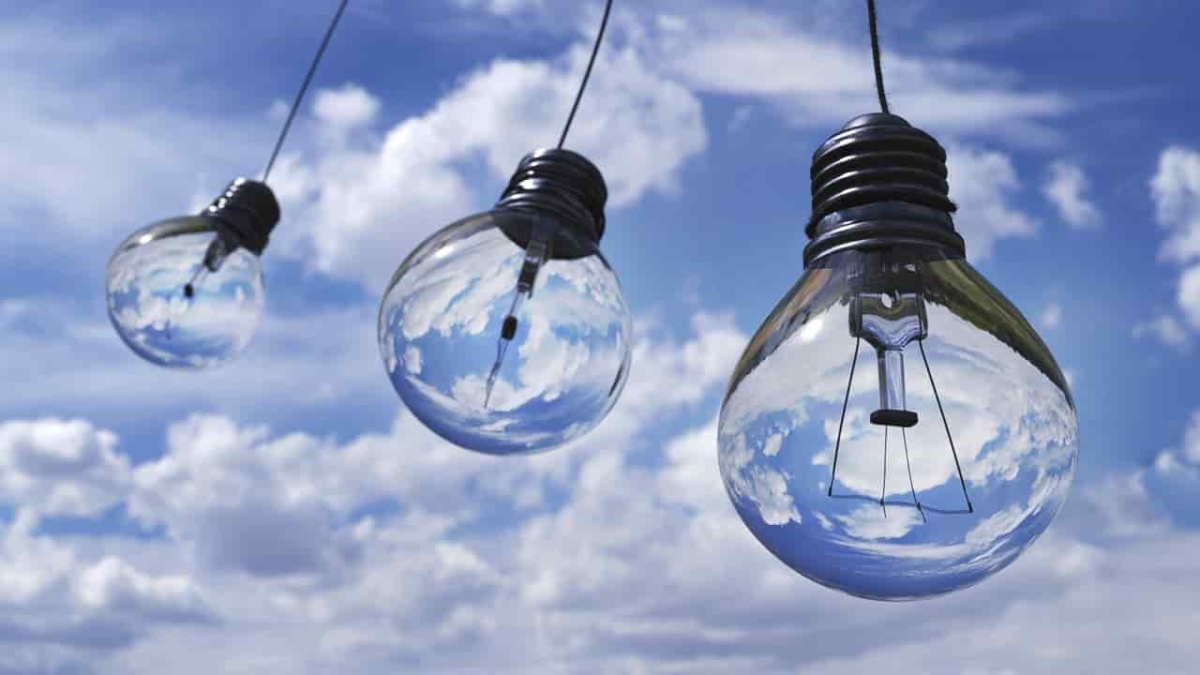 The Institute of Company Secretaries of India

Subject: Eligibility of Manufacturing Businesses to form an LLP —Reg.

In India, from a long time, a need has been felt to provide for a business structure that would combine the flexibility of a partnership and the benefits of limited liability of a company at a minimal compliance cost.
Since the introduction of Limited Liability Partnership in April, 2009, India is witnessing an upward moving trend in LLP registrations and conversion of traditional unlimited partnerships to the LLPs giving it a sought-after status in the Indian corporate scenario and all sorts of businesses including manufacturing have been allowed to form a Limited Liability Partnership.

However, it has been noticed that in recent times the manufacturing businesses are being restricted from incorporating as LLP on the ground that manufacturing activities does not fall under the definition of `Business’ as per the Limited Liability Partnership Act, 2008.Similarly the conversion of private and unlisted companies into LLP has been restricted now on the same grounds.

India is going extra mile to improve Ease of Doing Business and Corporatisation of un-incorporated entities. Corporatization is the need of the hour and introduction of LLP and OPC was one such step to achieve the goal. One Person Company is a perfect combination of the characteristics of a company and the freedom of a sole proprietorship. The concept opens up an avenue of possibilities for entrepreneurs who can take the advantages of limited liability and corporatization. Similarly a Limited Liability Partnership opens avenues for those who want to avail the benefits of limited liability but do not want to open a company and rather join hands with one or more partners to conduct a business as an incorporated entity.

The entire world is gradually shifting towards one global market without any trade barriers between the countries. A small organization led by few partners or professionals cannot think of growth on large scale without corporatising itself and Government of India is also taking number of initiatives like reduction of corporate tax rates, simplification of company registration process. DIN and name approval system etc., in this regard.

The genesis of LLP law and the recommendation of J.J. Irani Committee in 2005 read under:

“In view of the potential for growth of the service sector, requirement of providing flexibility to small enterprises to participate in joint ventures and agreements that enable them to access technology and bring together business synergies and to face the increasing global competition enabled through WTO etc., the formation of Limited Liability Partnerships (LLPs) should be encouraged.”

“To qualify for exemptions, a small company should however neither be a holding nor a subsidiary of any other company. However, the Committee does not feel the need for providing a special internal governance and constitutional regime to small companies. This is likely to come in the way of their future growth. Instead, the Committee recommends enabling of new vehicles for business, such as Limited Liability Partnerships, through separate legislation, if necessary.”

The objective does not seem to restrict manufacturing entities as LLP.

Having regard to the above interpretations and justification in this regard, as appended at Annexure I, we kindly submit here that the position of Manufacturing Sector needs clarification and allowed to register as a Limited Liability Partnership under the Limited Liability Partnership Act, 2008. Further, in case there is an apprehension that manufacturing businesses incorporated as LLPs would become very large and therefore not suitable as an LLP entity, a threshold limit on share capital or turnover may be considered as in the case of One Person Companies and small companies.

We shall be pleased to provide any further information as may be desired by your good self.

Justification for manufacturing enterprises to be eligible to form an LLP

Section 2(1) (e) of the Limited Liability Partnership Act, 2008 states “business” includes every trade, profession, service and occupation.
The definition of “business” is inclusive in nature, not comprehensive. In no way, it seeks to exclude manufacturing, production and allied activities. When there is a statutory definition, it can be exhaustive as well as inclusive. Exhaustive definition means that all the items are enumerated and none is left for imagination. Inclusive definition, on the other hand, gives a general description or the name of what is covered by the definition and thereafter by a specific inclusion mentions certain items that may not be strictly inside the scope of the general description.

Relevant extracts of few case laws in this regard are referred below:
Commercial Taxation Officer, Udaipur vs Rajasthan Taxchem Ltd.
The Supreme Court in the case of held that the word ‘includes’ gives a wider meaning to the words or phrases in the Statutes. It further held that “the word ‘includes’ is usually used in the interpretation clause in order to enlarge the meaning of the words in the Statute. When the word ‘include’ is used in the words or phrases, it must be construed as comprehending not only such things as they signify according to their nature and impact but also those things which the interpretation clause declares they shall include.

‘A particular expression is often defined by the Legislature by using the word ‘means’ or the word ‘includes. Sometimes the words ‘means and includes’ are used. The use of the word ‘means’ indicates that “definition is a hard- and-fast definition, and no other meaning can be assigned to the expression than is put down in definition”. (See : Gough v. Gough; Punjab Land Development and Reclamation Corpn. Ltd. v. Presiding Officer, Labour Court.).

The word ‘includes’ when used, enlarges the meaning of the expression defined so as to comprehend not only such things as they signifj, according to their natural import but also those things which the clause declares that they shall include. The words “means and includes”. on the other hand, indicate “an exhaustive explanation of the meaning which, for the purposes of the Act, must invariably be attached to these words or expressions”. (See: Dilworth v. Commissioner of Stamps (Lord Watson); Mahalakshmi Oil Mills v. State of A.P. The use of the words “means and includes” in Rule 2(b) would, therefore. suggest that the definition of ‘college’ is intended to be exhaustive and not extensive and would cover only the educational institutions falling in the categories specified in Rule 2(b) and other educational institutions are not comprehended.

“When an interpretation clause uses the word “includes”. it is prima facie extensive. When it uses the word “means and includes”, it will afford an exhaustive explanation to the meaning which for the purposes of the Act must invariably be attached to the word or expression.”

Definition of Business as per Black’s Law dictionary :

“This word embraces everything about which a person can be employed. People v. Com’rs of Taxes, 23 N. Y. 242, 244. That which occupies the time, attention, and labor of men for the purpose of a livelihood or profit. The doing of a single act pertaining to a particular business will not be considered engaging in or carrying on the business; yet a series of such acts would be so considered. Goddard v. Chaffee, 2 Allen (Mass.) 305, 79 Am. Dec. 796; Steme v. State, 20 Ala. 46. Labor, business, and work are not synonyms. Labor may be business, but it is not necessarily so; and business is not always labor. Making an agreement for the sale of a chattel is not within a prohibition of labor upon Sunday, though it is (if by a merchant in his calling) within a prohibition upon business. Bloom v. Richards, 2 Ohio St. 387.”

If there was any intention to exclude manufacturing activities from the defmition of business then there has to be some notification, clarification issued in this regard.

Clause 19 of the Constitution of India

As per Clause 19(1)(g) of the Constitution of India “All citizens shall have the right to practice any profession, or to carry on any occupation, trade or business.”

The term ‘Business’ and ‘occupation’ used above has to be an inclusive one to cover all sort of legal activities including ‘Manufacturing Business’ as there hasn’t been created a separate category in the Constitution to cover manufacturing business but one has to interpret the term Business and Occupation wide enough to inclusive in nature.

>Intention of LLP Law derived from the LLP Rules, 2009

Rule 35(1) of the LLP Rules requires that an application under Section 60(1) for an order convening a meeting of creditors or/and partners shall be supported by an affidavit in Form 20.

Clause 4 of Form 20 is read as “The Limited Liability Partnership commenced the business of (e.g…, manufacture of auto parts etc.) and has been carrying on the same, since…”

In this context, it is much reiterated that the intention is to include all kind of businesses and occupation under LLP which includes manufacturing also.

UK Limited Liability Partnership Act, 2000 provides “For a limited liability partnership to be incorporated—two or more persons associated for carrying on a lawful business with a view to profit must have subscribed their names to an incorporation document.”

Singapore Limited Liability Partnership Act, 2005 provides “A Limited Liability Partnership may be registered under this Act if a statement by every person who is to be a partner of the limited liability partnership is lodged with the Registrar in such medium and form as the Registrar may determine, containing the following particulars: (b) the general nature of the proposed business of the limited liability partnership.”

From the above analysis of the provisions of international LLP laws, it may be observed that the definition of the term ‘Business’ is wide enough to include any kind of legal activity to generate profit.

In the instructions for filling of LLP e-Form-18, it has been mentioned specifically that “Company should not be a ‘Section 8 Company’. There is no such specific restriction for manufacturing companies to apply for conversion into an LLP.

Status of Existing LLPs in India carrying on Manufacturing Business

As per the MCA Monthly Information Bulletin on Corporate Sectors dated 31.12.2017, there are 12,770 active LLPs already into Manufacturing sector. If the intention of law is to restrict the incorporation of LLPs with main object as manufacturing, then what will be the status of these existing LLPs that remains a question.
> Statement of Account & Solvency LLP Form No. 8
In the LLP Form No. 8 , Statement of Income and Expenditure includes “Sale of goods manufactured as one of the components of turnover of the LLP. 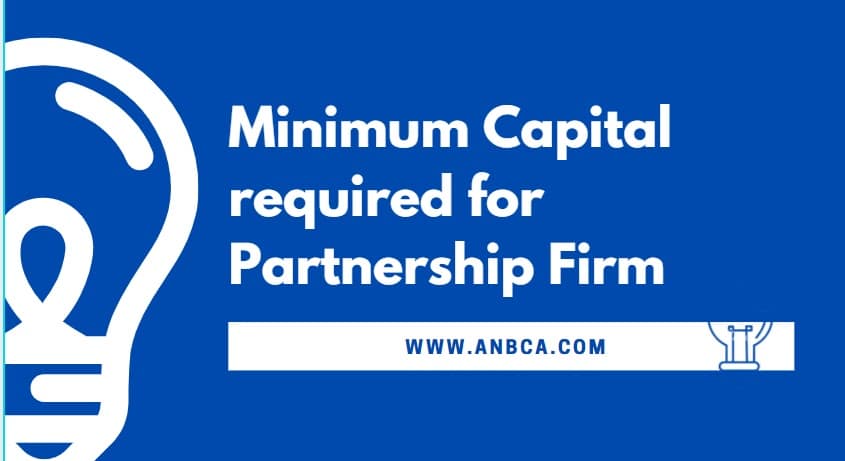 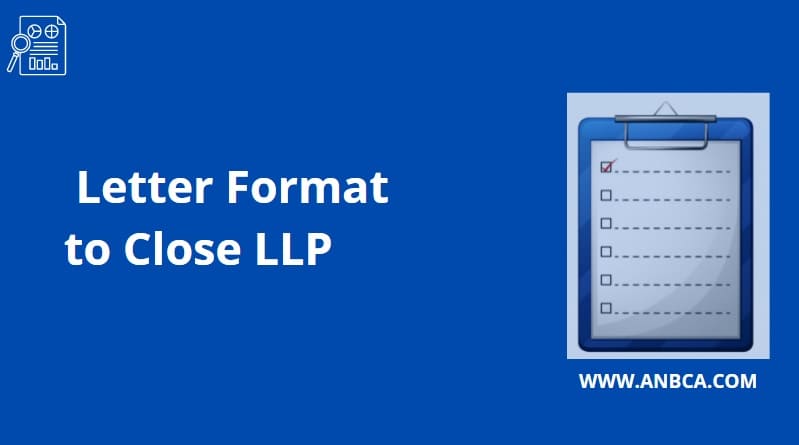 Board Resolution Format to Close LLP 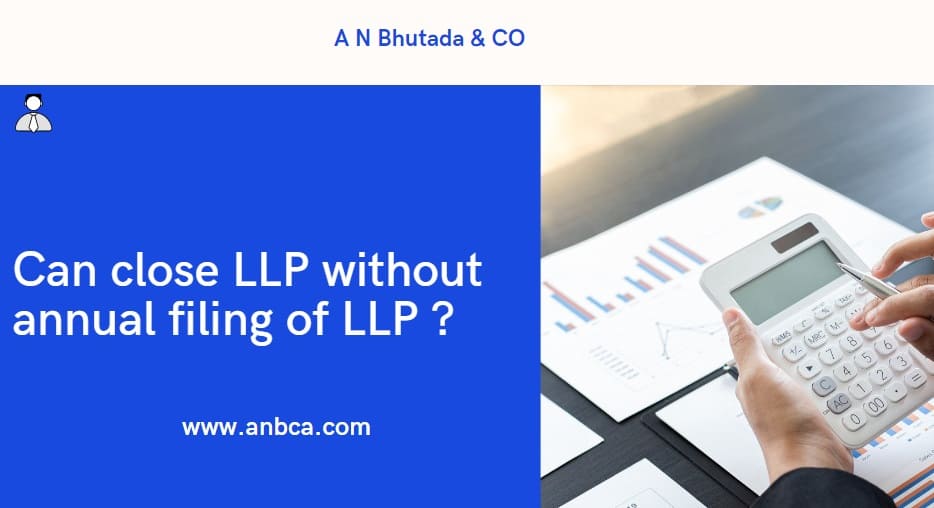 Can close LLP without annual filing of LLP

Can close LLP without annual filing of LLP ?